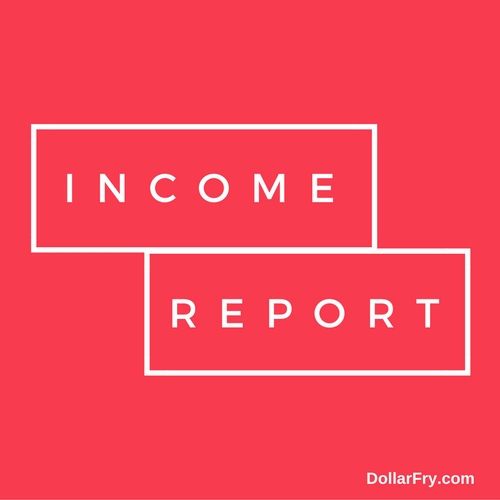 If you have been following our blog for some time, you might have seen promotions of an E-Book – 27 Ways for Programmers to Make Money Online. This E-Book lists and explains 27 different ways for programmers to make extra income. We have first published this book on October 2015 – via LuLu and later added it on Amazon Kindle. We have published this as a paid E-book to experiment how money can be made by selling E-Books online.  We are publishing the Income Report in this blog post – income made by selling E-Book – 27 Ways for Programmers to Make Money Online.

How did we come up with the book idea?

The idea of this book came as a way to leverage blog posts with good traffic in DollarFry. If you have gone through our ‘About Us‘ section – you know that we run multiple online businesses. DollarFry is a project we started to help people make money online by leveraging their skills. The idea behind DollarFry is to explore all possible options to make money online – be it blogging, publishing E-Books, selling online courses, offering freelance works, selling web design whatever! We have not limited DollarFry to a single money making idea (like make money blogging).

Before deciding to write an E-Book on 27 Ways for Programmers to Make Money Online – we first scanned Google Analytics data (of DollarFry) to identify blog posts with the most traffic. We identified this blog post – Make Money Part Time Programming as the best performing blog post in DollarFry at that time. We brainstormed how to make the most out of this blog post with traffic. The idea behind is  – people read this blog post to get knowledge on how to make money or extra income with programming skills. There are millions of programmers in this world – which is the total market size. A small percentage of this total size might be looking for ways to earn extra income with their programming skills. So we zeroed in to develop a very detailed E-Book – which lists and explains all possible ways to make extra income with coding skills.

Once we decided on the E-Book idea, our next step was to develop the E-Book quickly. We wrote the book ourselves (Linjo Joson wrote the core part, I did the proofreading later) within 2 months. Since we both were busy with other businesses we have, Linjo decided to write 1.5 pages a day (the book has 80 pages in total). He followed the schedule perfectly and came up with the full content within 60 days time period. Linjo is an expert PHP programmer with in-depth knowledge in many areas. He was well knowledgeable in the book subject that it took only 30 minutes for him to write 1 page of the book. This way he finished 80 pages of the book in approximately 40 hours (consider 50 hours max). If  he worked straight 8 hours a day, this E-Book could have been finished in just 5 days.

Takeaway – You don’t need a fully finished product always to get sales. You can release a product in the raw form initially and fine tune it later (by providing updates).

How did we promote this E-Book?

We have not used any paid promotions for this E-Book. As I wrote earlier, our core idea was to make use of the traffic in DollarFry. We promoted this E-Book to readers of this particular blog post – Six Ways for Programmers to Make Money Online. If you read through the blog post, you can see promotions of the E-Book. Apart from this, we occasionally promoted the E-Book in DollarFry using notification bars (like HelloBar) and popup advertising (to people who visited other posts in DollarFry). We have also used a sidebar banner advertisement in DollarFry. The important thing to note is that we directed all our promotional efforts (the hyperlinks) to a custom designed landing page in DollarFry. We have designed this landing page dedicatedly to promote this E-Book.

Let’s come to the core part of this blog post – the income report on E-Book sales of 27 Ways for Programmers to Make Money Online. We have been selling this via LuLu and Amazon Kindle marketplaces. The promotional efforts in DollarFry were directed towards LuLu only.

Note 1:- We have not promoted Amazon Kindle sales via DollarFry. LuLu being a less popular marketplace than Amazon, the organic sales from LuLu could be approximated around 10 to 20USD. The remaining earnings from LuLu is achieved via promotions in DollarFry.

Note 2:- We know this amount is very very less compared to what we earn from our other businesses. DollarFry is not our full-time business. We work on DollarFry only on our free time. But we consider this a good achievement because we generated this revenue solely from DollarFry (using a product we created). We would not have published this E-Book if we had not looked for the best-performing blog post(s) in DollarFry.

Future of the E-Book

We have decided to take this E-book to next level. As an initial step, we will be reworking on the book to release a 2nd Edition. The next edition of the book will be improved with good graphics, interviews of programmers who make money online and other useful information. The revised version will be proofread and edited with the help of Professional English writers for quality.

For the marketing part:-

If you are an expert in some topic like say PHP Programming or an expert in Python or an expert in some other areas like Writing Ad Copies or an expert in Italian Cooking; we recommend you to come with a good & useful E-Book idea. You can make good money by selling your expertise as E-Book to others (who seek knowledge). We are not E-Book experts! And making money from E-Books is not our first priority as well (as we have a handful of other successful online businesses). We published this E-Book as an experiment. There are lots of E-Book superstars who make tens of thousands of Dollars with their E-Books. Why wait! Get to action immediately.

Note:- Read our article on – How to Make Money Online by Selling E-Books

We shall publish Income Reports from E-Book sales in coming months as well. We shall also publish income reports from our other online business as well in coming days. Stay tuned!