After the dot com boom in mid 1990’s, the web industry gained superficial strength and started to generate millions and billions of revenue. After all, big companies like Google,Microsoft,Yahoo,AOL etc started acquiring successful websites and web oriented business. Billions of dollars were spent in acquiring these web oriented firms. Most of these websites were started by a small group of 2 or 3 guys, later became grand success through funding and popularity. Google itself has acquired more than 177 companies(web oriented and non web oriented) . Lets have a look at the top 10 website acquisitions happened in the history of web industry.

Microsoft acquired aQuantive 1 month after Google acquired doubleclick(Microsoft lost out bidding doubleclick) to set their kingdom in advertising. After the acquisition, aQuantive was running in loss for years and by the beginning of 2012 , the losses reached nearly 2 Billion. This happened mainly because of Microsoft’s inability to compete with the Google Search. Bing(Microsoft’s search engine) still have to go a very long distance to reach anywhere near the Google search traffic volume.

Broadcast was an internet radio company found in 1995 by Christopher Jaeb. The initial name was audionet.com, it did broadcast colleges sports events over the internet. Later on they broadcasted the NBA and NFL. After all they started broadcasting presidential conventions rather than sports events only. During 1999, broadcast was the biggest online streaming portal for audio and video.

On 1-April-1999, Yahoo acquired broadcast for a huge price of $5.7 Billion. After the acquisition Yahoo renamed it to Yahoo Broadcasting services. After some years Yahoo split the services of broadcast under different names. Later on yahoo stopped some of these services and brought down the radio under Yahoo! Music Radio. Now its all under yahoo, yahoo.com/music 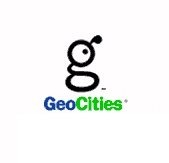 Geocities was found by David Bohnett and John Rezner in 1994. Geocities got the common men and youth into the web design industry. Geocities gave the platform for everyone to have their own websites. It was because of Geocities that many people learned HTML/PHP. Before Geocities, owning a website was something strange to common men.

Yahoo acquired Geocities in 1999, at that time Geocities was the 3rd most popular website in the world and had 38 million user built pages. No wonder Yahoo acquired Geocities for such a high price. Remember that yahoo paid these much money 16 years back! Even after the acquisition, Geocities was running in a loss of million dollars per year so that Yahoo decided to start a premium package for Geocities. Yahoo also cut down the bandwidth and storage of the free users. This also was not sufficient to make Geocities in profit. After 10 years in 2009 , Yahoo officially announced the shut down of Geocities .Currenlty yahoo only have premium web hosting services Yahoo webhosting. 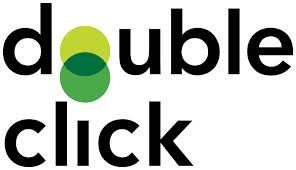 Doubleclick was one of those initial applications built for online advertisement networks. In 1999 (Year in which Yahoo bought Geocities), it belonged to the top 10 high traffic websites. In 1999, Double click acquired Abacus, a data collection agency for 1.7 billion. This created lots of controversies, people feared that Doubleclick, being an advertisement platform might use the private data(like email,telephone number,address etc) for business purposes which would be a great indulgence to privacy. Google acquired Doubleclick in April 13 2007 paying $3.1 billion in cash. 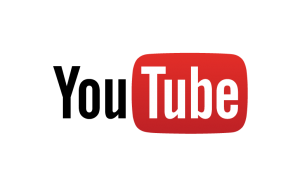 YouTube is a video streaming website started by three former employees from Paypal in february 2005. Youtube allows you to host and upload videos for free. While the tsunami struck in India during 2004, Jawed Karim, one of the founders of YouTube realized that there aren’t much sources in the internet to see videos online. This thought finally ended up in the foundation of YouTube. They were able to raise a funding of $11.5 Million from sequoia capital(One of the early investors in Google) by the end of 2005. According to alexa YouTube is now the 3rd most popular website in the world.

Paypal is an online money transfer portal started in June 1998. Paypal was initially established as Confinity, a company which developed security software services. Later on Confinity merged with X.com, an online banking company founded by Elon Musk. This collaboration led to the foundation of Paypal . Paypal went public in 2002 and raised over $61 million.
After the ipo, Paypal was acquired by eBay for a price of $1.5 billion. During that time Paypal was used widely for eBay auctions. 2/3rd of the Paypal transactions were from eBay. There were some more reasons that Paypal agreed with the eBay deal; like chances for future legal problems as Paypal was widely used for gambling/poker sites. Another biggest reason was eBay’s decline. As eBay sales were the major revenue makers for Paypal, Paypal couldn’t bear the risk as eBay was declining(Lots of other eCommerce websites were gaining strength). In 2007, after 5 years of acquisition, Paypal tied up with master card which made customers able to use Paypal even in websites that does not support Paypal.

Zappos.com is an online clothing/shoe website based in Las Vegas. Zappos was launched in 1999 by Nick Swinmurn. He got the inspiration to start Zappos when he didn’t find a pair of brown air walks in his nearby shopping mall. After launching Zappos, Swinmurn got Tony Hsieh and Alfred Lin to invest $2 M in Zappos through their investment firm Venture Frogs. The initial domain name was shoesite.com, later modified to zappos.com. By 2004, Zappos was able to do touch $184-185 M annual sales. After all, it improved drastically, by 2007 it reached around $840+ Million and more than 1 billion the very next year!

Amazon acquired Zappos in November 2009 for $1.2 billion allowing the firm to work independently . Amazon bought Zappos on the basis of a cash and stock trade deal. Zappos share holders received 10 million amazon shares(worth nearly $880 M) as well as cash. In fact amazon was interested in making the deal in cash ,but the Zappos team insisted on shares. After the acquisition, in 2010 , Zappos suffered a loss of $1.6 M as they accidentally priced all the products to $49.95(including highly expensive products) for a small time period.

Billmelater(now Paypal Credit) found in 2000, is an online service which allows you to buy now and pay later. It issues instant credits to e-commerce buyers. You need to provide your date of birth and social security number in order to use the credit. Billmelater pays the amount and will send you the bill.Thousands of online stores accepts the Paypal Credit , you can buy products from these sites using your Paypal account and with your Paypal credit. Billmelater was acquired by eBay (who owns Paypal) in 2008 and renamed it to Paypal Credit. The acquisition price was $1.2 Billion. Lots of talks were there after the acquisition, many experts commented that the acquisition was overly priced as the business model of Billmelater was very risky.

Mapquest is a web mapping service launched in 1996. MapQuest, very much like present Google maps generated routes and maps for users over the internet in the domain mapquest.com.

In 2000, mapquest was acquired by AOL(America online) for $1.1 Billion. Mapquest stands as the second largest acquisition by AOL(first is Netscape for $4.2 B). At that time mapquest was making millions of dollars in profit, which motivated AOL to spent such a huge amount at that time(15 years back). Mapquest was the number one mapping website in the world from 1999-2009 which was replaced by Google maps. After the decline in traffic, mapquest did a major redesign to their website(made it much more simpler) like Google maps in 2010.

Tumblr was completely acquired by Yahoo on Jun 20, 2013 for $1.1 Billion in a 1 month of acquisition process. David Karp remained as the CEO till June 20, 2013. Many of the users who were unhappy with the acquisition signed petitions against it. The key reason for this objection was the downfall of Yahoo, Yahoo was stopping many of their services or others were overtaking them. This made the Tumblr users panic. Marissa Mayer, the yahoo CEO assured the users that Tumblr will be working completely as a Yahoo independent platform also Yahoo wont be using its brand name for Tumblr.